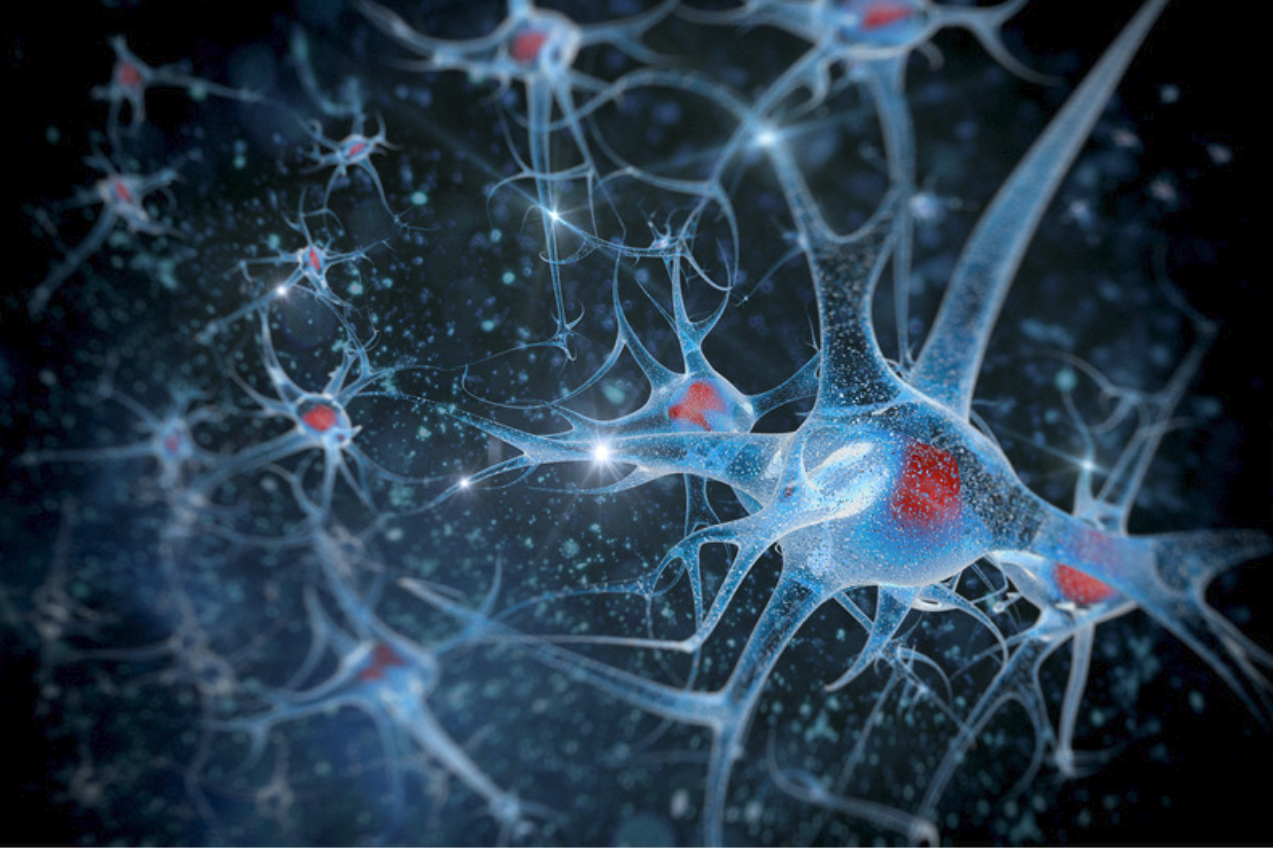 The brain is a complex and fascinating organ made up of millions of cells, some of which are called neurons. Despite their small size, neurons work together to allow us to do all the essential and fun things we do each day. That is, when we bite into ice cream and experience the sweet creamy taste, or when we hunker down to concentrate, that’s the brain’s neurons at work.

Figure A: Charges inside/outside of a neuron

Neurons contain branch-like structures called dendrites (Figure B) that receive input from other neurons, and it is this input that changes the balance of the charges. If the inputs from other neurons are excitatory, then they send more positive charge into the neuron. If the inputs are inhibitory, then they send more negative charge into the neuron.

Figure B: Structure of a neuron 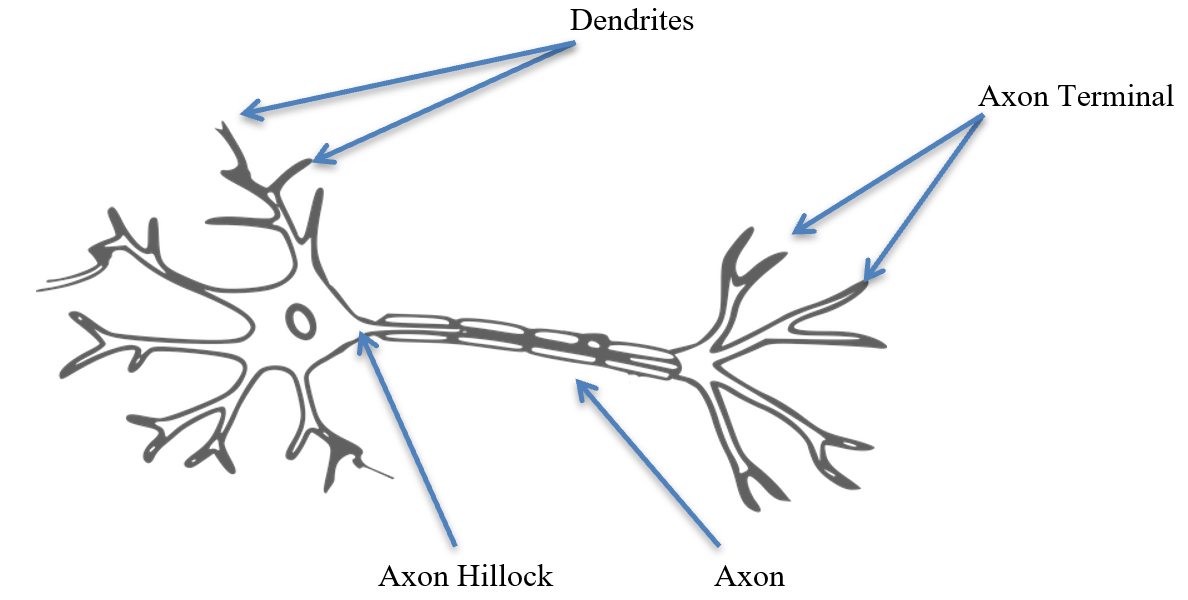 The electrochemical charges from all other neurons are summed together at a region called the axon hillock, which is the area just before the start of the axon. Dendrites receive information, and axons transmit information. If the sum of the charges reaches a certain “threshold” then an electrical impulse is generated. This impulse is the electrical signal (much like an electrical current) of communication that travels down the axon.

The electrical and chemical properties of neurons allow for therapies such as medications and neurostimulation (also called neuromodulation) techniques to work effectively on the brain.

For example, transcranial magnetic stimulation (TMS) is a non-invasive form of therapy that can influence the electrical aspect of neurons. With TMS (Figure E), a magnetic coil is placed against the scalp and magnetic impulses are delivered. These impulses create a small electrical current that provides either excitatory or inhibitory input to the underlying neurons. Hence, TMS therapy generates impulses within neurons in order to improve function. For example, stimulating, or increasing the activity neurons with electrical impulses may help improve certain symptoms such as depression. But, also inhibiting, or reducing the activity of neurons may help reduce other tasks such as feelings of worry or anxiety. In this way, TMS can stimulate or inhibit brain activity depending on which tasks or brain functions are of therapeutic need. 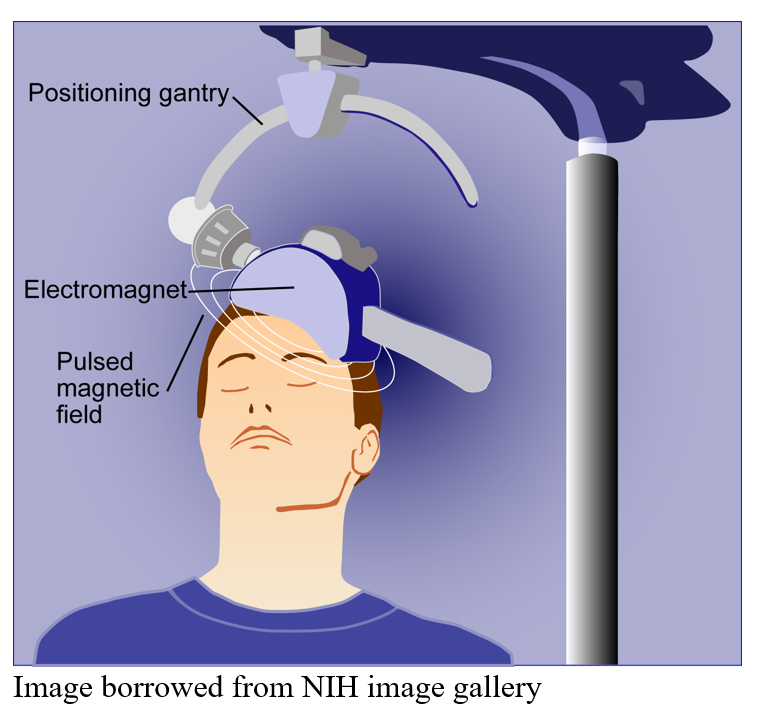