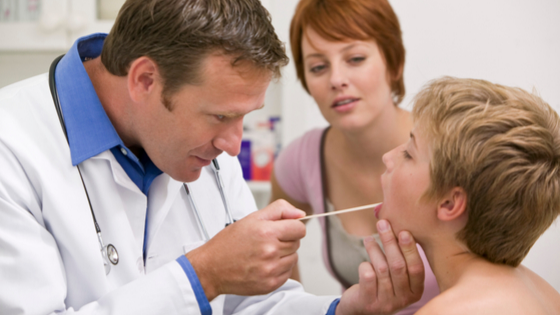 PANS is characterized by an abrupt onset of neurologic and psychiatric symptoms in the absence of other medical diagnoses. The diagnostic criteria are listed below (verbatim from the referenced source):1

II. Concurrent presence of additional neuropsychiatric symptoms, (with similarly severe and acute onset), from at least two of the following seven categories:

III. Symptoms are not better explained by a known neurologic or medical disorder such as SC (Sydenham chorea).

Obsessive-compulsive symptoms are uncontrollable, reoccurring thoughts (obsessions) and behaviors (compulsions) that he or she feels the urge to repeat over and over.

Emotional lability refers to rapid, and often exaggerated, changes in mood, emotions, or feelings. An example would be sudden onset of uncontrolled crying (or laughter).

Somatic means body, and somatic signs mean any observed changes in how the body functions.

If a child suddenly developed a constellation of severe symptoms, rapid medical evaluation is necessary. PANS is considered a “diagnosis of exclusion,” which means that other possible diagnoses must be considered and checked/tested before diagnosing PANS. This is especially important when new neurologic symptoms (sensory changes or changes that affect movements) or the mental/cognitive changes are severe. Inflammation of the brain – termed encephalitis – must be considered.

Like PANDAS and its association with streptococcus infection, PANS is thought to be indirectly caused by infection; although, no infectious cause other than streptococcus has been consistently found among patients. Patients with PANS commonly have upper respiratory infections before their neuropsychiatric symptoms appear.

Several associations with specific infections have been reported:1

Your healthcare provider might do laboratory tests to confirm a recent prior infection. The type of laboratory test(s) would depend on the illness symptoms that were present prior to the PANS symptoms.